An Italian artist who designs and produces porcelain objects in limited series in her atelier in the heart of Berlin. 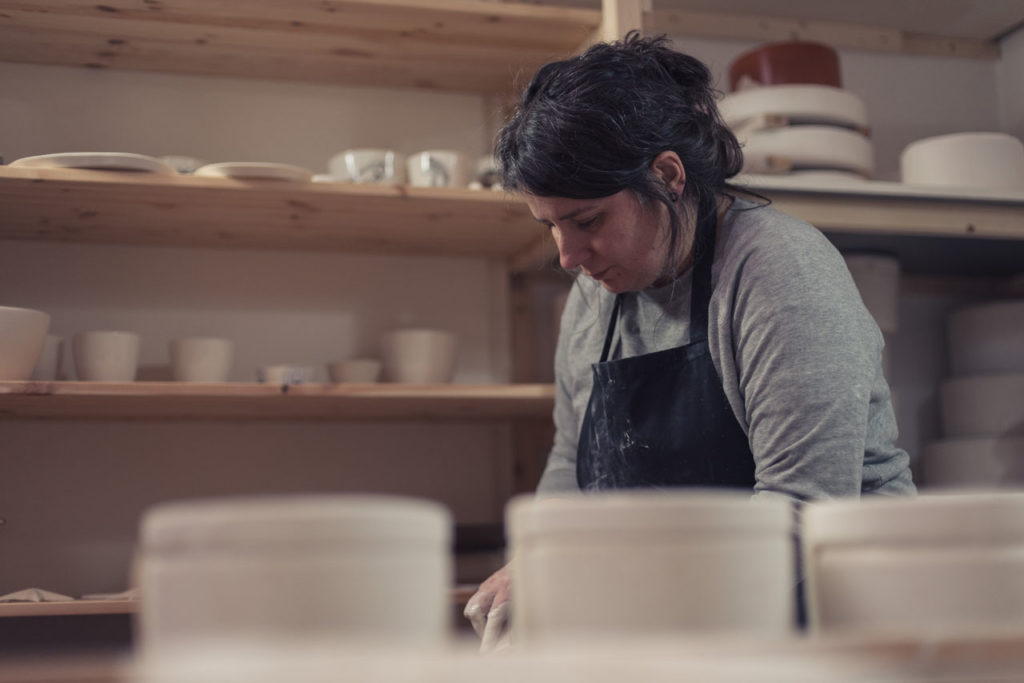 “Travelling, studying languages, discovering new cultures, talking and listening to people of all kind always keeping my heart and eyes wide open, has helped me to improve my creativity.”
- Marta 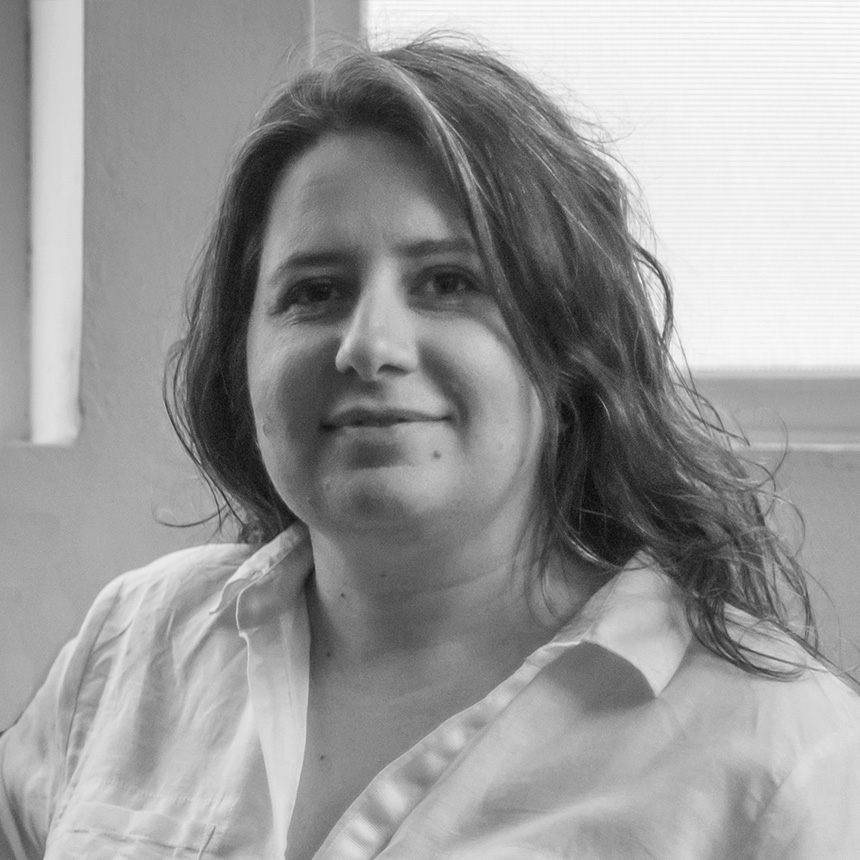 Marta Maria Trenti, after getting her diploma as Architectural Engineering in 1994, began her artistic journey in 1996, when she attended the ceramic workshop of Master Ceramist Giancarlo Scapin in Schio (VI) Italy.
A real imprinting that awoke an interest for creativity, initially oriented towards clay, but which would gradually include an interest also in drawing, oil painting, tattooing and gradually becoming predominant for porcelain.
From 2008 to 2010 she attended, together with her partner tattoo artist Ivan Duso, classes about hyperealist oil painting from Master Luigi Pellanda. drawing from Master Livio Comparin and printing from Master Ivo Mosele.
Through travelling, she comes into contact with various realities linked to the world of tattooing, but not only.
Frequent visits to museums, conventions and exhibitions all over Europe, developed in Marta a need to express herself, which she manifests in 2011 with her first official collaboration with Tattoo Idea, an international magazine, for which she creates a series of Tattoo Illustrations.
From 2013 to 2016 she worked as a tattoo artist, collaborating with various studios in Europe.
In 2013 Marta landed in Berlin, where she further explored her interest in clay and in 2015 took an intensive course at the Atelier of British artist Sasha Kay Wardell, where she learned the technique of preparing plaster moulds and working with porcelain.
In 2015 she began a period of experimentation and research that led in 2016 to the launch of the first unique pieces produced in her atelier.
In 2016 collaborates with ceramist Bernhard Kühn di Kühn Keramik (Berlin) and together with her partner Ivan, creates 5 illustrations for Kühn’s Big Coffe Mug, which is still in production.
In 2016-2017 she participates in numerous events, organised by local designers, in Berlin.
In 2018 Marta represents Germany at the Argillà Italia, an international Ceramics Exhibition in Faenza (RA) Italy.
In 2018 and 2019 exhibits at the Nordstill Fair in Hamburg, Germany.
Her production continues with the creation of 4 models of the famous VANS Sk8-HI shoe for the HOUSE of VANS Berlin event in which Marta is invited to participate as a representative of ceramic artists in Berlin. The models, in a limited series, are produced in Porcelain and decorated with unique illustrations, painted underglaze, with gold applications.
In 2019, she is selected to participate in a number of international events in Germany, including.
Keramik Markt in Frechen – Keramik Markt in Selb , in Iznang and Keramik Markt in Siegburg.
In 2019, the Keramion Museum in Frechen selects several pieces from the Black Lines and Ex Voto Collections, to be displayed during the exhibition ‘Insekten und sonstiges Getier in der Keramik’.
From 2020 to 2022, contacts are reduced and Marta focuses her attention to research and the creation of new unique pieces.
In 2022 Marta is among the 25 artists invited to participate in the 3rd International Porcelain Biennial in Meißen, a city known worldwide as the capital of porcelain. 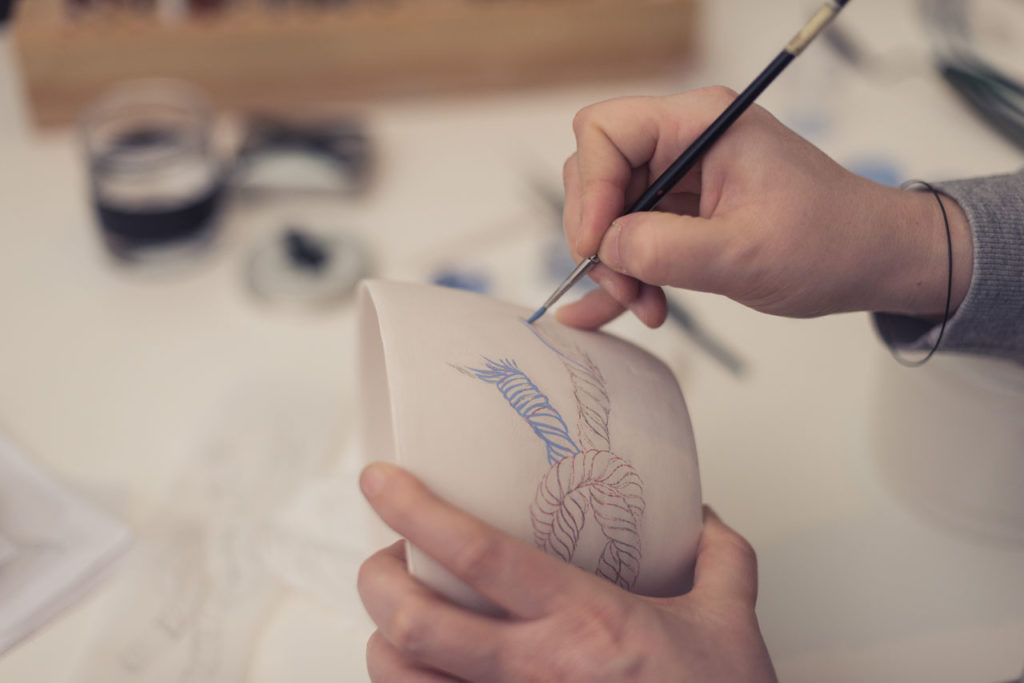 Visit the shop-online to discover my production.